Attorneys Randy Sorrels of Abraham, Watkins, Sorrels, Agosto & Aziz and Jason C. Webster and Robert Barringer of the Webster Law Firm announced today they are filing wrongful death lawsuits on behalf of the parents of Chloe Robison and Salma Gomez, the two sixteen-year-old girls and Atascocita High School students who were killed in a fatal drunk driving accident on July 25, 2018 in Humble, Texas. The parents are seeking justice for their daughters, whose lives ended tragically due to the actions of Humble Handi Stop. 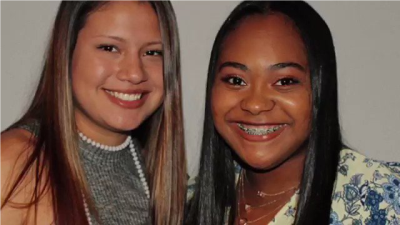 On July 24, 2018, Humble Handi Stop and Gumaro Munoz Campos sold alcohol to the seventeen-year-old Smith without verifying his age. In the early morning of July 25, 2018, Smith became intoxicated, got behind the wheel of his car with Ms. Robison and Ms. Gomez riding as passengers, and crashed his vehicle into a tree. Both passengers suffered fatal injuries from the crash.

The lawsuits filed today focus on Humble Handi Stop and Mr. Campos’ violations of the Texas Alcoholic Beverage Code’s prohibition against selling alcohol to minors, which contributed to Mr. Smith’s intoxication prior to driving his vehicle. Since this terrible tragedy occurred, a joint investigation by the Texas Alcoholic Beverage Commission, the Harris County Sheriff’s Office, and the Harris County District Attorney’s Office has led to the arrest of Mr. Smith and Mr. Campos. Mr. Smith has been arrested and charged with two felony counts of intoxicated manslaughter, while Mr. Campos has been arrested and charged with a misdemeanor for selling alcohol to a minor.

Commenting on the lawsuit, Mr. Sorrels (lawyer of Chloe Robison’s family) said: “The Harris County District Attorney has taken positive steps to address the conduct of the store clerk in the criminal courts. These families are making sure the store itself is held responsible for allowing this type of conduct to endanger our community as a whole. It is time stores like this who sell to minors are held responsible for their lack of policies or oversight.”

Commenting on the lawsuit, Mr. Webster (lawyer of Salma Gomez’ family) said: “As a community we do not need more laws. We need to enforce the laws on the books. The defendants, in this case, sold alcohol to minors which resulted in the deaths of our clients. Humble Handi Stop could have prevented this senseless tragedy by following the law, checking identification and refusing to sell. That did not occur and they will be held responsible.”

For further information, please contact any of the following individuals: