Since the majority of the Webster family lives in the Dallas area, they frequently mail me cut-out articles on legal matters from the local newspapers. Although I have never met Talmage Boston, I was eager to read the article about him in the Dallas morning news which came in the mail from my mother. The title of the article is great until he cannot help himself but attack Plaintiff. It happens about midway thru when he blames “runaway juries and huge paydays for plaintiff attorneys” as a primary reason for the disrepute attributed to lawyers in the public. Large verdicts by juries are derived directly from ordinary citizens serving as jurors listening to story after story of the corporate powers in America who have basically looted the government, polluted the environment, and killed countless innocent individuals thru their own negligence. All for the almighty dollar and corporate greed. There is nothing “run-away” about it.

Our nation’s first trial lawyer and 2nd President John Adams once said “It is not only the juror’s right, but his duty to find the verdict according to his own best understanding, judgment, and conscience, though in direct opposition to the direction of the court.”

Mr. Boston’s analysis discredits the figure of Atticus Finch and Abraham Lincoln as they believed in the power of a jury to do the right thing. This criticism of “runaway juries and huge paydays for plaintiff attorneys” completely ignores the huge payday this man has earned while representing numerous corporations in dispute resolutions. Whatever that means. I seriously doubt he has ever attended his client’s funeral or held their hand after their life has been destroyed by the same corporations he is sure to represent. Better yet, I bet he has never stood next to his client in court and waited on that jury to make a decision that would affect that person’s life and their families for the rest of their days. Not what affects the corporate bottom line.

What he fails to mention is how so many of us must explain to our clients that they will get no money after the jury (especially here in Texas)sends them home with nothing. Or better yet try to explain that one of the judges (placed and financed by the same corporate powers) sends the spouse of a dead worker home with no chance at all for a jury to even hear their case or give them a chance for justice.

To use Lincoln or the fictional character of the great Atticus Finch while criticizing the jury system is legal blasphemy to me as a lawyer who represents people. Not the corporations whom our Supreme Court has deemed a living soul. Mr. Boston is a longtime partner at Winstead PC. They had annual revenue of $144,000,000 in 2010.

As I mentioned above, I do not know Mr. Boston or his family. But I promise you this, I can tell you far too many stories of widows, orphans, and families that I have personally represented that have been affected by these same attitudes promulgated by his corporate clients. I truly believe that Lincoln, Finch, Jaworski, and maybe even James Baker believe in the jury system and that they would advocate building up our profession and not tearing it down with self-serving rhetoric. 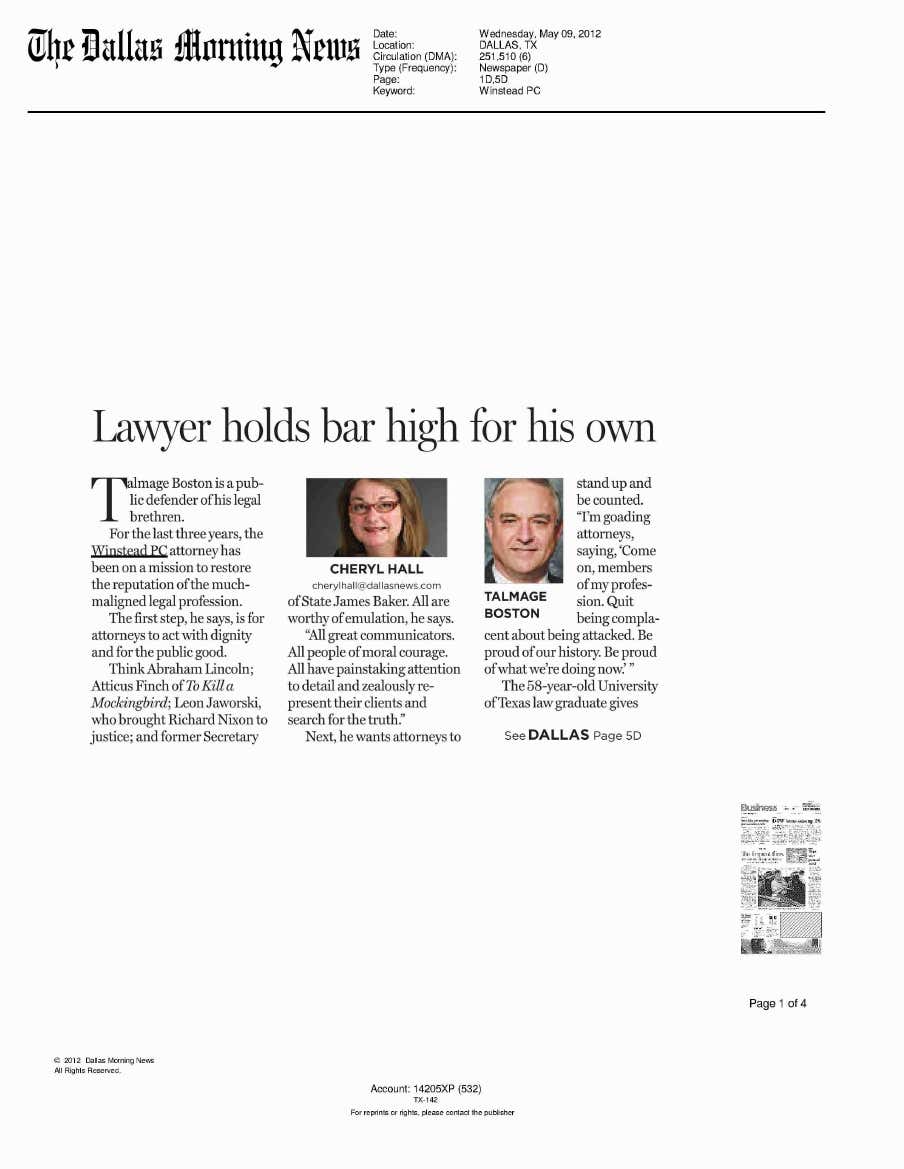 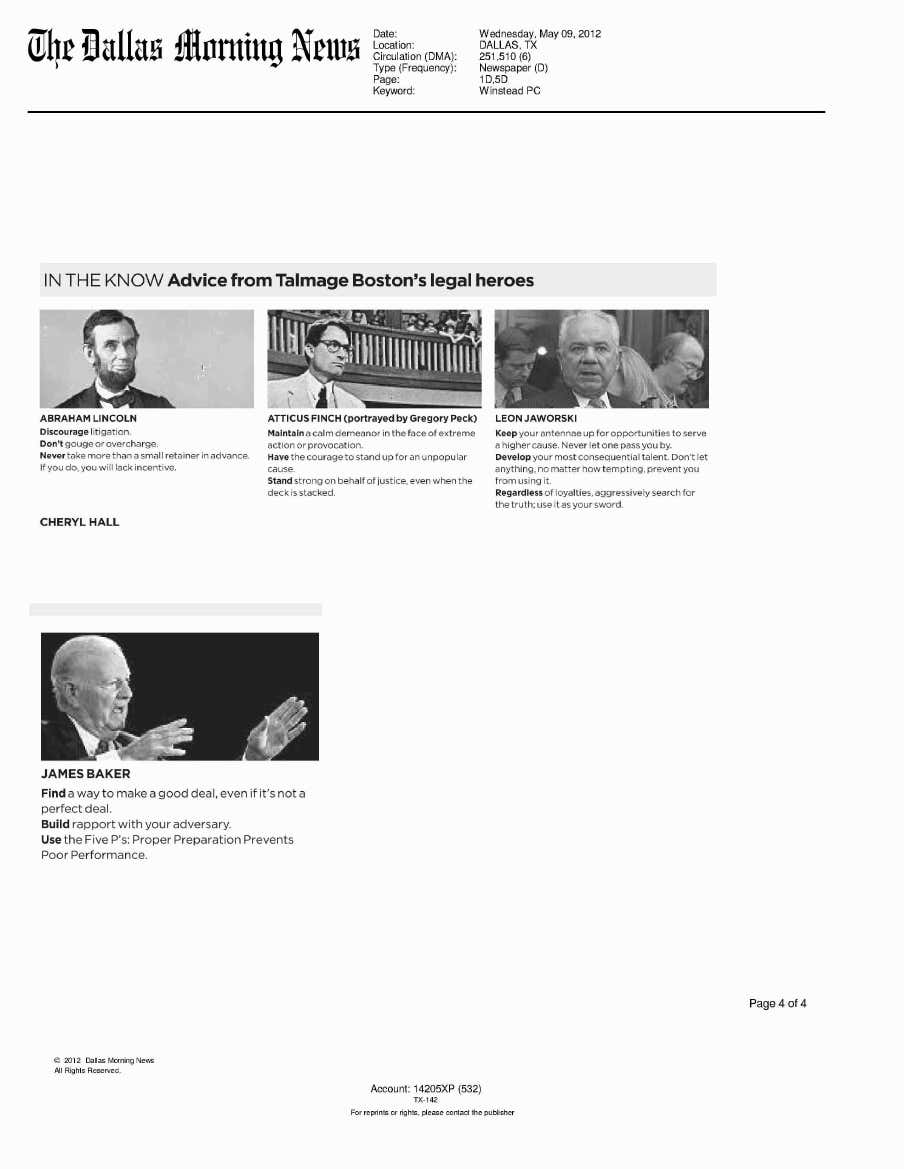